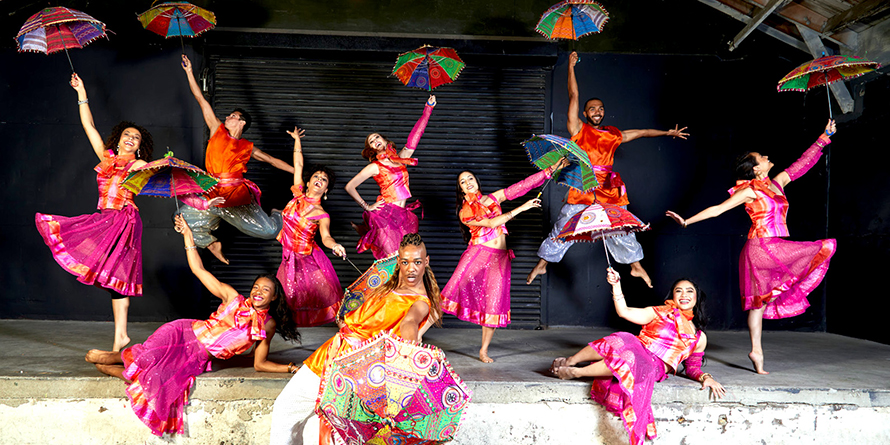 This troupe’s unique performances turn traditional perceptions of Indian dance on its head, introducing audiences to a mix of traditional Bollywood pieces along with a modern take on this mesmerizing genre.

A first-generation South Asian American, Achinta grew up in Cleveland, Ohio, watching Bollywood movies and choreographing bhangra, a type of traditional Indian dance, for local Indian community gatherings. She was drawn to dance as a profession, but didn’t formally study Indian dance until earning her Bachelor's degree in choreography, dance, and theater from New York University. In 1998, she moved to Bangalore, India, for six months to study Kathak, a form of classical northern Indian dance rooted in Hindu storytelling, with guru Maya Rao.

Upon returning to the U.S. in 1999, she founded Blue13 Dance Company and became a pioneer of contemporary Indian dance in this country. A prolific choreographer, performer, and instructor, Achinta's style draws from diverse techniques, including ballet, jazz, tap, modern, hip-hop, as well as bhangra, kathak, and Bollywood.

Her choreography is highly dramatic, reflecting both her Eastern and Western background and showcasing her experimentation with international styles to create diverse, passionate, and truly American works.

Storytelling through dance is central to Blue13 Dance Company, as is its continual exploration of technique through its diverse cast of dancers.

When asked about the inspiration for the group’s name, Achinta explains that 13 is her lucky number, and that in the Punjabi language, the word for 13 means “something of yours that you share,” a tenet the company takes seriously.

“When we say we are powered by passion, we mean it,” she says of her Blue13 comrades. “This is the way we have worked since the very beginning. We are proud of what we have done but also very keen on what the future evolution brings.”

Come and enjoy what the present holds for this beautiful, ethereal dance troupe as they hypnotize audiences at the Library District.