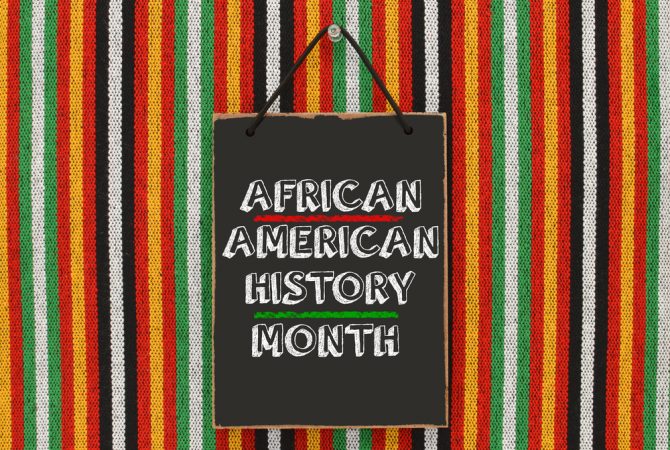 Celebrate African American History Month with a variety of enriching programs, events, and resources that will be available to you during the month of February! All events listed take place at West Las Vegas Library.

Dru-Young’s interpretation of his heroes’ work comes alive in this one-man show. This is a must-see for fans of classic crooners Sam Cooke and Sammy Davis Jr., featuring spot-on vocals and showmanship, plus rare photos and film clips of the two stars in action. Co-sponsored by Dru-Young.

Find inspiration in this annual showcase that pays tribute to African-American cultural contributions through song, dance, and oral presentations. A light brunch follows this performance; however, reservations are required. To RSVP, please call the Doolittle Senior Center at 702.229.6125. Co-sponsored by the city of Las Vegas.

"No Place to Be Somebody"

This dark comedy tells the story of a black bartender in New York City who attempts to outwit a white mobster syndicate. Not only was this drama the first Off-Broadway play to receive a Pulitzer Prize, but its playwright, Charles Gordone, was the first African American to win the award. Directed by Leain Vashon. Co-sponsored by the Leain Vashon. Produced in special arrangement with Broadway Play Publishing Inc, NYC.

Moderated by Franklyn G. Verley III, host of “Like It Is Radio,” on KCEP-FM 88.1

Ricky Donnell Ross, better known as “Freeway” Rick Ross, is a rare figure whose experience as a drug kingpin led him to a life of rebuilding the community. Sentenced to life in federal prison, Rick vowed to change the community he once tore apart. Now a highly sought-after speaker and mentor, he was a key figure in VH1′s Emmy-nominated documentary, “Planet Rock: The History of Hip Hop and the Crack Generation,” featuring Snoop Dogg, RZA, and B-Real of Cypress Hill.

The Blue Pill or The Red Pill

The Red Pill is the path of philosophy, reasoning, critical thinking, science, and testing. The Blue Pill is the path of simple, uncritical belief, and emotional decision-making. Which do you choose? Those choices describe the personalities of our guest lecturers, brothers Paul and Phil Moreland. Radio hosts of “Know the Ledge Radio” in Harlem, New York, their blend of programming covers topics such as health, wealth, self-development, racial justice, sexual abstinence, and politics. In addition to their radio show, they have amassed tens of thousands of followers on their social media channels.

The Night of the Negro Spiritual

Revel in America’s first African-based music genre that provided the roots for gospel music, blues, jazz, rhythm and blues, rap, and hip-hop, in this celebration of song, prose, and musical icons. Featured headliner Mr. E. C. Adams, local gospel choirs, spoken-word artists, and leading community performers, along with a monologue performance, give voice to the struggles of black people. The interconnections and messages conveyed in the music are brought to life through a visual presentation by Platinum Productions.

Accented with celebrations that reflect the African diaspora, these cultural offerings include dance, music, spoken word, and affirmations to the vast history of a people, and are observed in honor and recognition of African American History Month. Co-sponsored by Like It Is Radio, Nia Productions, Platinum Productions, KCEP-FM 88.1, and the city of Las Vegas.

Opera Las Vegas honors and celebrates the African-American operatic legacy and the triumphs enjoyed by beloved singers, conductors, and composers, whose path to success was often fraught discrimination. Brilliant local singers will perform musical selections that pay homage to megastars such as Leontyne Price, William Warfield, and Shirley Verrett; famous composers, including Scott Joplin and Terence Blanchard; and operas based on African-American life, like “Porgy and Bess,” “Treemonisha,” “Lost in the Stars,” and “Carmen Jones.”

Opera Las Vegas enriches the culture of Nevada by producing high-caliber opera theatre both on and off stage, through a mix of innovative educational experiences and performance events for audiences of all ages and backgrounds.  Produced, directed and co-sponsored by Opera Las Vegas.

Free and open to the public. Seats are available on a first-come, first-served basis. For more information, please call 702.507.3989.