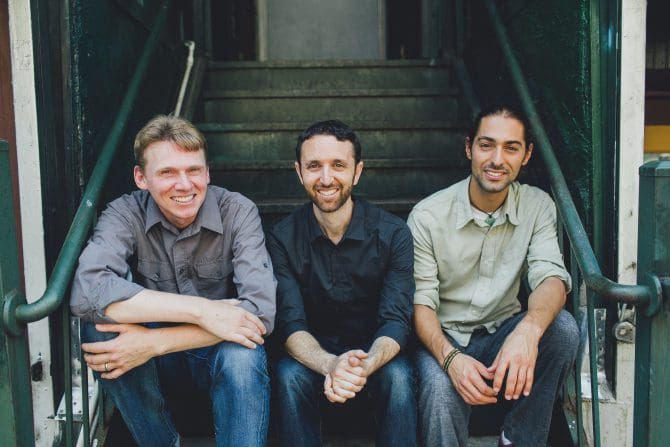 At an age when most children are entering kindergarten, Danny Green was already studying classical piano. He became so absorbed in the instrument that his first recital was almost a one-child show, until his parents finally coaxed him off the stage. His passion for the piano included a preteen obsession with Nirvana.

Danny’s Nirvana period later grew into a flourishing jazz career. A native of Southern California, he studied jazz piano at UC San Diego and earned a masters in jazz studies from San Diego State University. He is a sought-after jazz artist, who tours nationally, and has released numerous albums. This April, don’t miss the Danny Green Trio on the Library District stage for three rousing performances, where you might even catch some Brazilian tunes thrown in for good measure.

Danny formed the trio in 2010, and took his groove to a whole new level with bassist Justin Grinnell and drummer Julien Cantelm. Not only does he lead the band and play piano, he also writes their original compositions. On their 2016 album “Altered Narratives,” Danny experimented by introducing string instruments into their music. It was such a hit that in 2018, the trio added a string quartet and released their debut album, “One Day It Will.”

“Green’s got a gorgeously swinging and melodic touch, and uses his trio of Justin Grinnell and Julien Cantelm with another clever decision of taking his own compositions to deliver the goods,” wrote Jazz Weekly of the album. And deliver they shall! We just can’t guarantee any Nirvana.