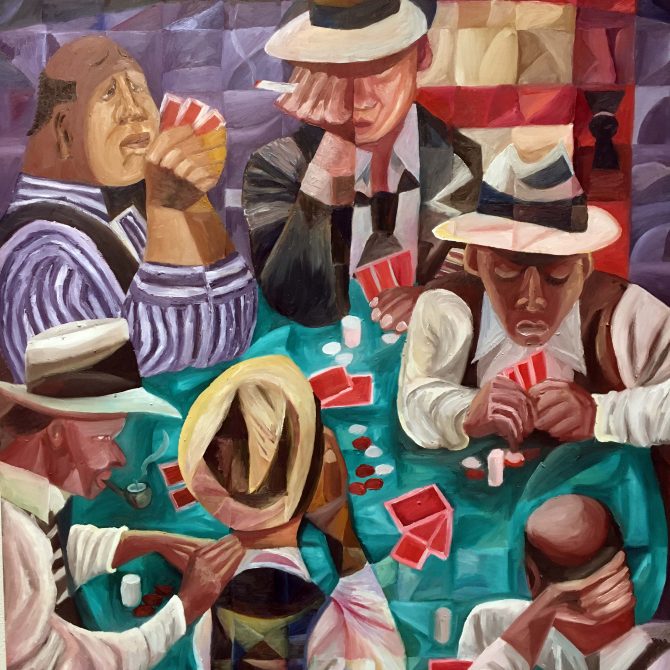 Dayo Adelaja layers meaning into his paintings of contemporary and historical subjects by creatively utilizing the techniques of Cubism; dissecting and reassembling pictorial perspective in order to show different views and angles of a subject simultaneously. The resulting paintings become puzzle-like, forcing the viewer’s brain to piece together the fragmented, geometric forms and lines.

Cubism was the first abstract style of modern art, and was created as a “new way of seeing” for the early 20th century: an era that had begun to see photography replace painting as a documenting tool. Cubism’s beginning is attributed to the painting Les Demoiselles d'Avignon (1907) by Pablo Picasso. Heavily influenced by the angles and expressiveness of African art, the Cubist movement lasted until around 1920, but it had a far-reaching and lasting impact.

Dayo Adelaja was born and raised in Lagos, Nigeria. He earned a Bachelor of Fine Arts in Graphic Design from West Virginia University, and a Master of Arts in Graphic Design from California State University. As an undergraduate student at Texas Southern University in Houston, Adelaja studied with artist and professor Dr. John Biggers, who encouraged him to become a teacher. After working for several years as an art director in Southern California, Adelaja began teaching art; which he continued to do for 30 years in the Los Angeles Unified School District and Clark County School District. Adelaja is now a resident artist at Left of Center Gallery in North Las Vegas. He has created several murals in Southern Nevada, including a mural on the McDonald’s at Martin Luther King Jr. and Lake Mead Boulevards. Adelaja also has designed sculptures for Ethel Pearson Park and Doolittle Community Center. 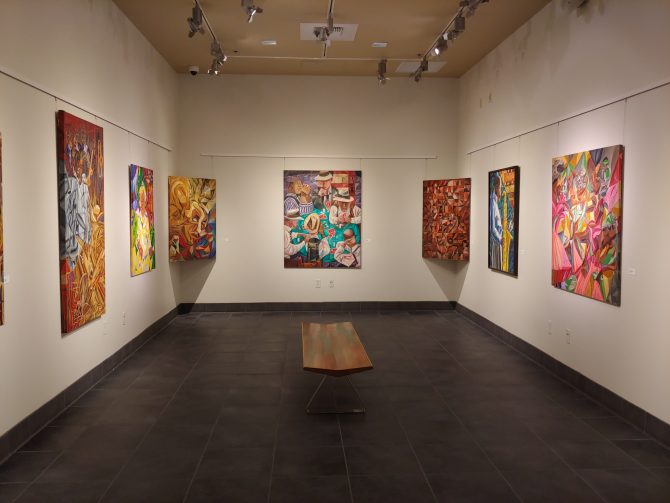 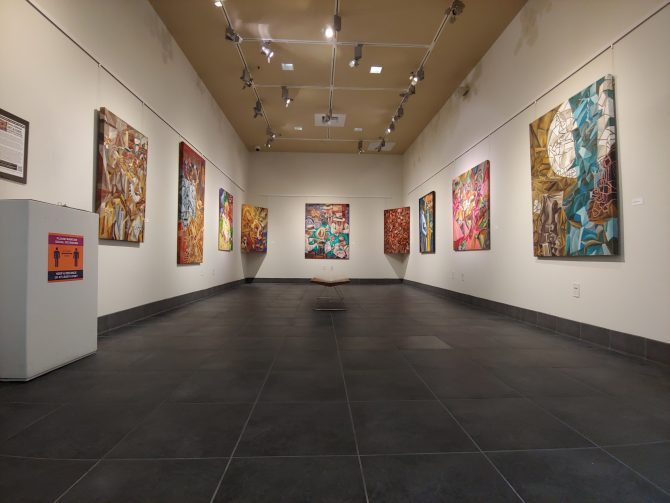