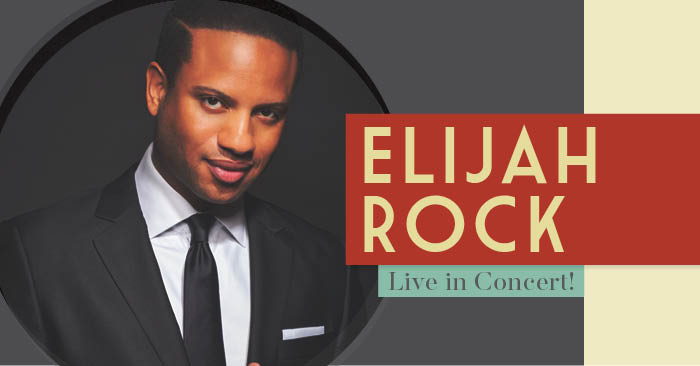 If you want to relive the legendary Las Vegas performances of Nat King Cole or Billy Eckstine, you can put on your best cocktail attire and queue up the live albums they recorded back in their days as Strip headliners.

Or you can head over to Summerlin or Windmill Libraries (tails and heels not required) to catch Elijah Rock, a performer who’s keeping that vintage Vegas glitz and glamour alive and well for new generations to fall in love with. Elijah brings star power in his back-to-back engagements, that are both not to be missed!

For those who’ve seen Vegas! the Show at Planet Hollywood Resort & Casino, you will recognize Elijah as the talented baritone belting out hits of yesteryear. A singer, tap dancer, and all-around showman, Rock delivers swanky throwback vibes with a seven-piece orchestra on two dates: September 14 for a “A Night of Romance,” and September 15 for “The Great American Songbook.”

His style can be summarized by his motto: “Keeping thine eyes to the future, and thy ears to the past.” His debut album, Gershwin for My Soul, for example, is comprised of contemporary interpretations of Ira & George Gershwin tunes—produced by Grammy-winner Kevin Toney of the jazz-funk outfit The Blackbyrds.

Among his accolades, Elijah was recognized with an NAACP Theatre Award for his portrayal of pioneering African American singer Roland Hayes in “Breathing and Imagination.” His voice has been described as magical and versatile: “As forceful or gentle as the moment demands,” wrote the Ventura County Star.

One thing is sure: Elijah’s shows at the Summerlin and Windmill Libraries will feel like a trip back in time to a showroom on the Strip. Come for the romance and come back for the classic American tunes … you’ll find it all irresistibly entertaining.

A Night of Romance