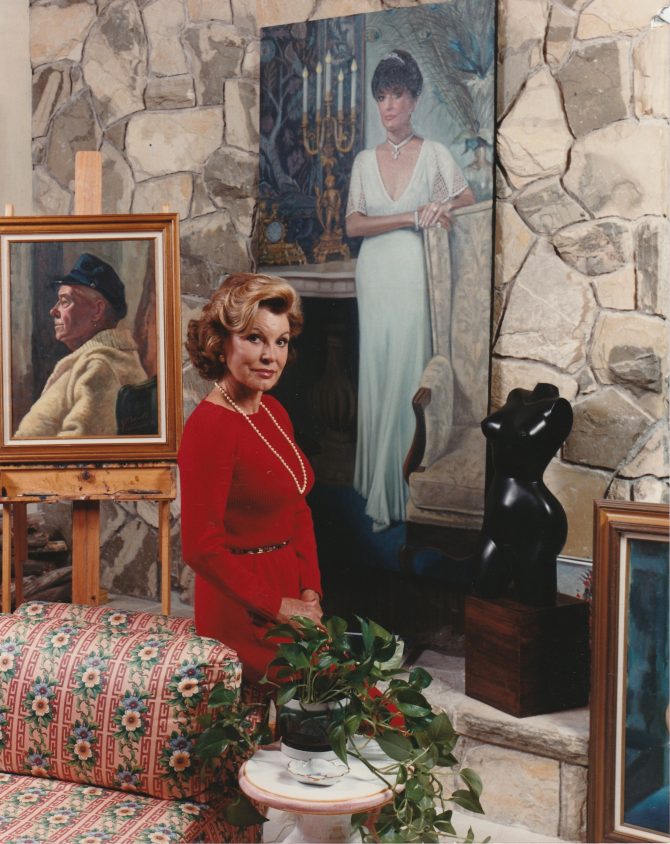 Honoring Jeanne Maxwell Williams and her art. This exhibit includes her work in a variety of mediums; oil paintings, pastels, watercolors, bronze busts, and marble sculptures created over a lifetime.

Jeanne Maxwell Williams was an artist of rare talent and one of the few equally at home in many different mediums. She received recognition for her pastels, chalk drawings, sculpture, and a variety of other skills, but perhaps her greatest talent was oil portrait painting. Ms. Williams had been educated in the fine arts since her high school days at Scarsdale High School where she won a scholarship to Syracuse University. Following commencement, she did graduate work at Columbia University and later at the Students Art League in New York City.

She soon became in demand for her illustrative work with leading national advertising agencies and did a great deal of work for the Rahl Illustration Studio and the Troeger-Phillips Studio. One such commission was from Overseas International Airways, a major charter airline, for which she did two murals at La Guardia Airport. During this period, she began to concentrate on portraits of friends and relatives in her spare time, and her reputation for exactness of detail and interpretation of personality gave her a considerable following in the New York City and Washington, D.C. areas. To help support herself during this time, she also worked as a fashion model, a nightclub singer, acted off-Broadway, and even had her own weather show on television. Always the adventurer, Jeanne also learned to fly planes and developed a love of horseback riding.

Marriage and family life brought her to Bloomfield Hills, Michigan, and then, Middleburg, Virginia, but her longing for the artist’s life ultimately brought Jeanne to Las Vegas, Nevada. Las Vegas was a much smaller town then and she got to make many friends and paint many of the City’s most prestigious residents. Among those to be recreated were our current mayor, Carolyn Goodman, and the children of hotelier and industrialist, Kirk Kerkorian. Jeanne was in innumerable professional societies – the Las Vegas Arts Commission, the Desert Sculpture Association, the National Portrait Institute, and the Nevada Watercolor Society, to name a few. She had many exhibitions and juried art shows in those days – from one woman shows at the First Western Savings Gallery and the Flamingo Library, to competitions at the Las Vegas Art Museum.

This exhibition is a celebration of the works of this extraordinary artistic spirit who has sadly passed over to her next existence earlier this year. She will be dearly missed, but her works remain to remind us of the glamorous whirlwind that was her.
--Christine Curtis Wilson

On exhibit at West Charleston Library from July 15 through September 21, 2021. 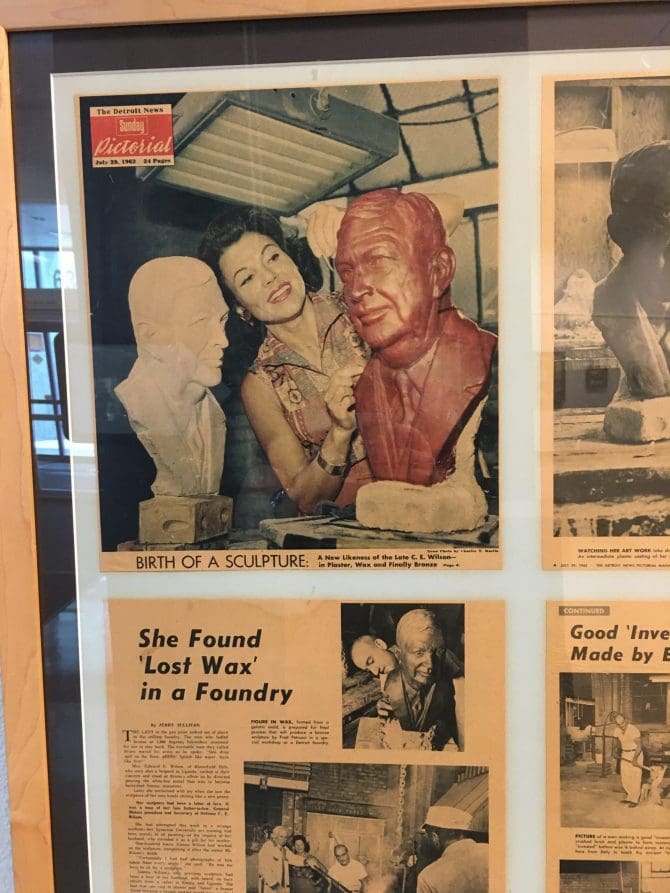 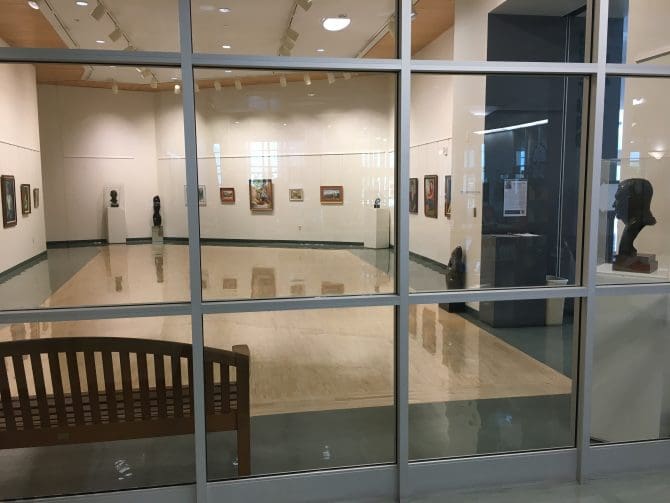