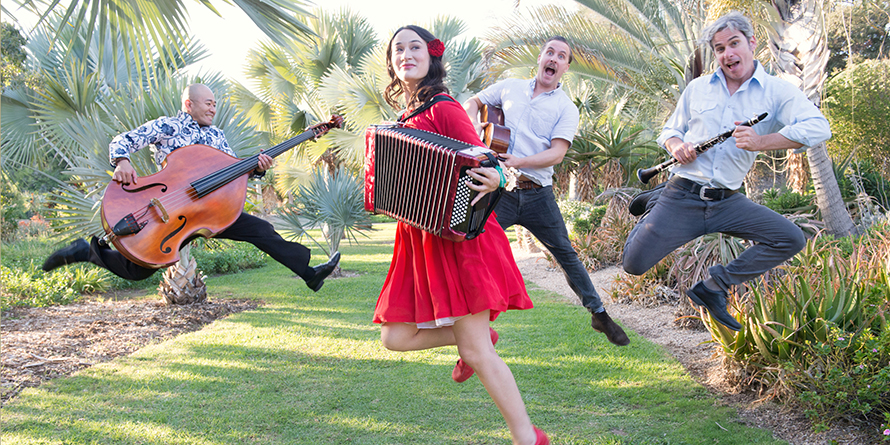 The New York-born, Paris-raised, and current  Los Angelino has infused her multiethnic heritage into an eclectic art form all her own. Born to a Chinese mother and French father, this makes for a creative melting pot. She draws from these influences to enchant audiences with a unique sound that’s both soulful and playful as she sings in French, English, Spanish, and Chinese.

“When I play live shows there’s usually quite a mix of languages, up to six or seven,” Fichot told the L.A. Times. “In terms of how the styles fit, when I’m performing my French chanson and Chinese songs from the ’40s, those were probably influenced by gypsy jazz and other music from the ’20s, ’30s, and ’40s.”

On her latest EP “Dear Shanghai” (released in 2014) she sings entirely in Mandarin Chinese. Fichot celebrates the swing-era sounds of her mother’s hometown with intoxicating 1940s Shanghai jazz gems, Mandopop classics, as well as her inspired original songs —taking listeners on a musical journey to a bygone era half a world away.

When she is not adroitly squeezing out musical notes on her accordion, the multitalented performer is tapping out tunes on a tiny toy piano lending to her charming multilingual parade of songs. Turn up at the library for a multicultural performance of such vibrant originality you won’t soon forget it.