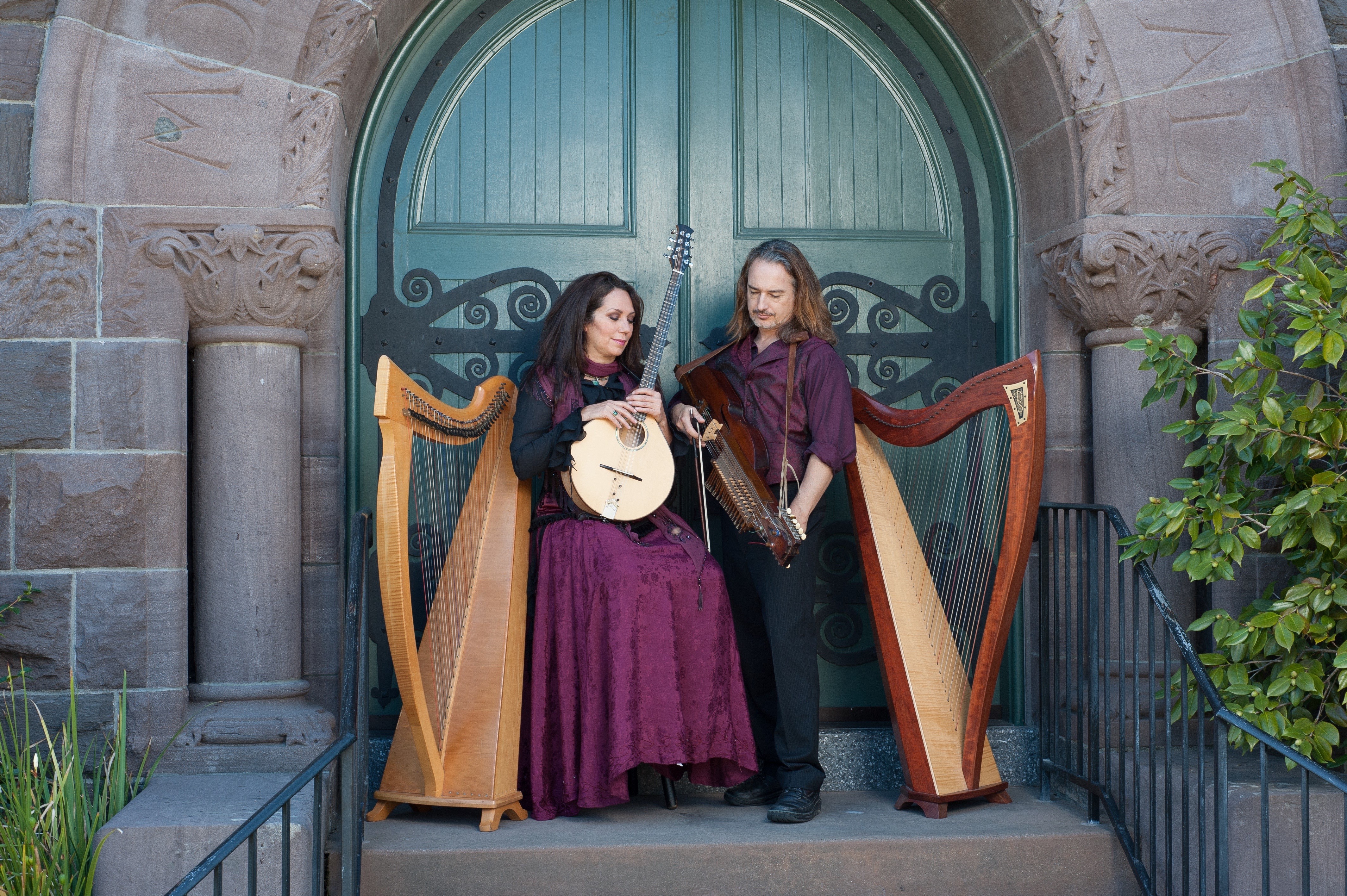 From busking on sidewalks to selling over one million albums combined, Lisa Lynne and Aryeh Frankfurter have some stories to tell. These multi-instrumentalists’ passion for playing rare harps has taken them all over the world in their eleven years together. Now Lisa and Aryeh share their talent and tales at four shows across the Las Vegas-Clark County Library District this January.

These San Francisco-based performing artists have lived several lifetimes in their pursuit of music careers. Lisa owned her first guitar by second grade, taught herself harp by playing along to Pink Floyd albums, and performed at all types of gigs from weddings to funerals. She has since charted in the top 10 of Billboard’s New Age music chart, established a musical program for patients at City of Hope National Medical Center, and was named one of Los Angeles magazines’ 50 Most Inspiring Women.

Aryeh also started playing music at a young age, taking violin lessons at just three years old. As an adult, he played in progressive rock groups before being invited to play violin in Sweden and falling for the country’s traditional nyckelharpa. The string instrument dates back to the 14th century, and has become his passion and specialty. In addition to credits on 17 albums, Aryeh has contributed arrangements and compositions to multiple film and TV scores.

These modern day troubadours bring two Celtic harps, a bandura, cittern, and the nyckelharpa to their performances.
Oh yes, and plenty of fascinating stories to go along with them. 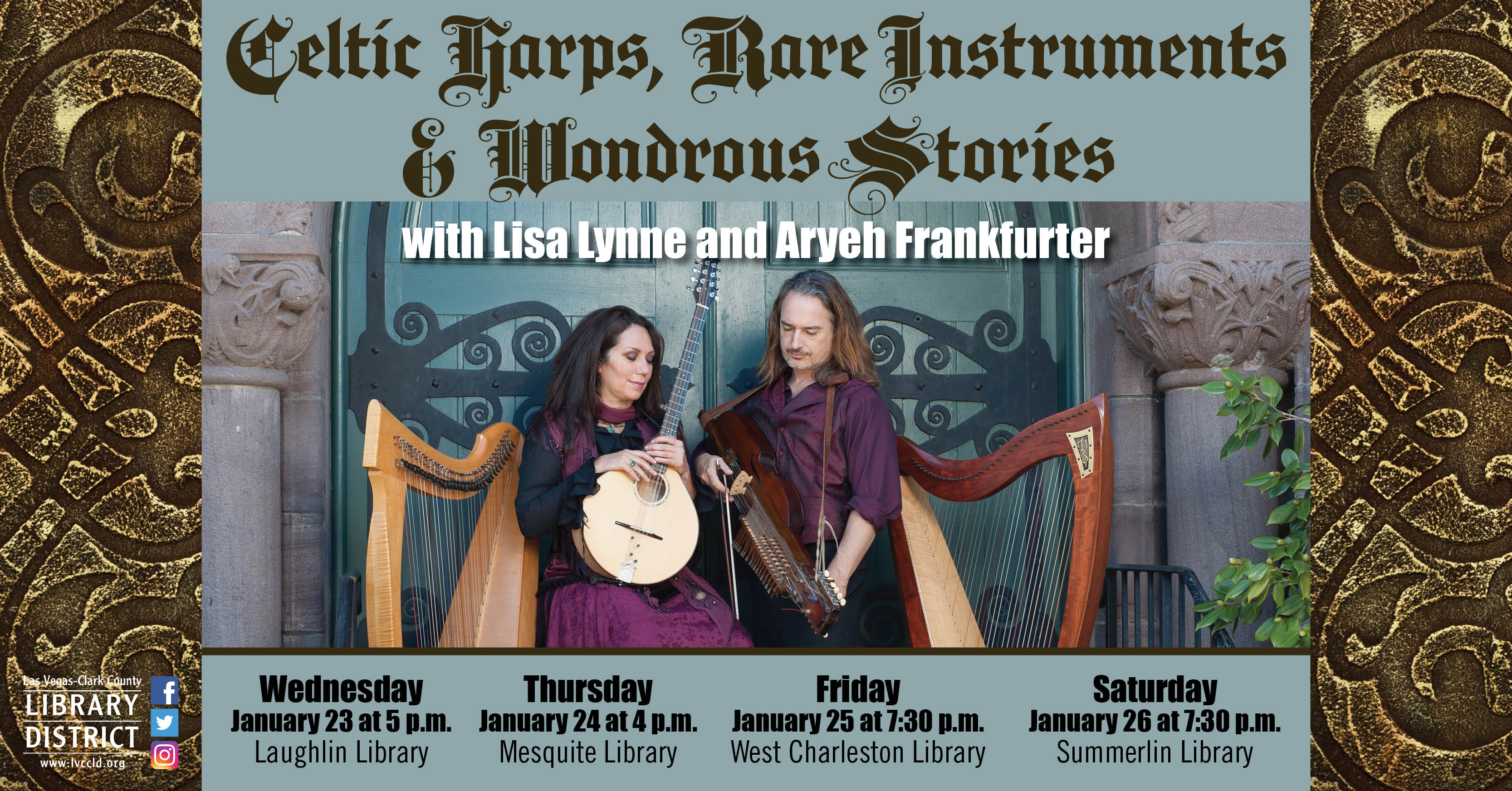