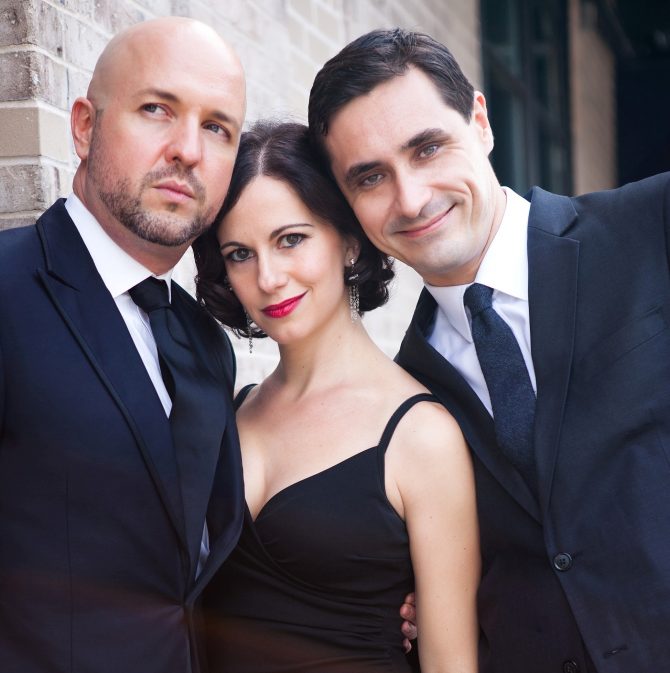 What do The Beatles, Frank Sinatra, and the O Sole Trio have in common? All three have played sold-out shows in New York City’s iconic Carnegie Hall. Lucky for us, The O Sole Trio will play three concerts right here in Las Vegas this February.

Formed in 2012 in New York City, the O Sole Trio is comprised of singers Erin Shields and Giuseppe Spoletini, and musician David Shenton. Each member of the group boasts an impressive résumé. Erin has joined the New York Philharmonic Orchestra for multiple performances; Giuseppe has toured with opera companies internationally; and David is — according to the band — the first musician to ever play violin and piano simultaneously. (We’ll wait here while you look that up on YouTube).

So, what can you expect from an O Sole Trio performance is hinted at in the group’s name — a reference to the beloved Neapolitan classic “’O sole mio,” written in Naples, Italy, in 1898. That being said, you’re just as likely to hear “Mambo Italiano” and “That’s Amore” as you are contemporary pop hits. The trio has put their inimitable spin on songs such as The Four Seasons’ “Oh, What a Night” and Journey’s “Open Arms” at past concerts.

Whether you’re getting out for a Valentine’s weekend date or are just in the mood for some great interpretations of favorite tunes, the O Sole Trio serves up something delicious for everyone.