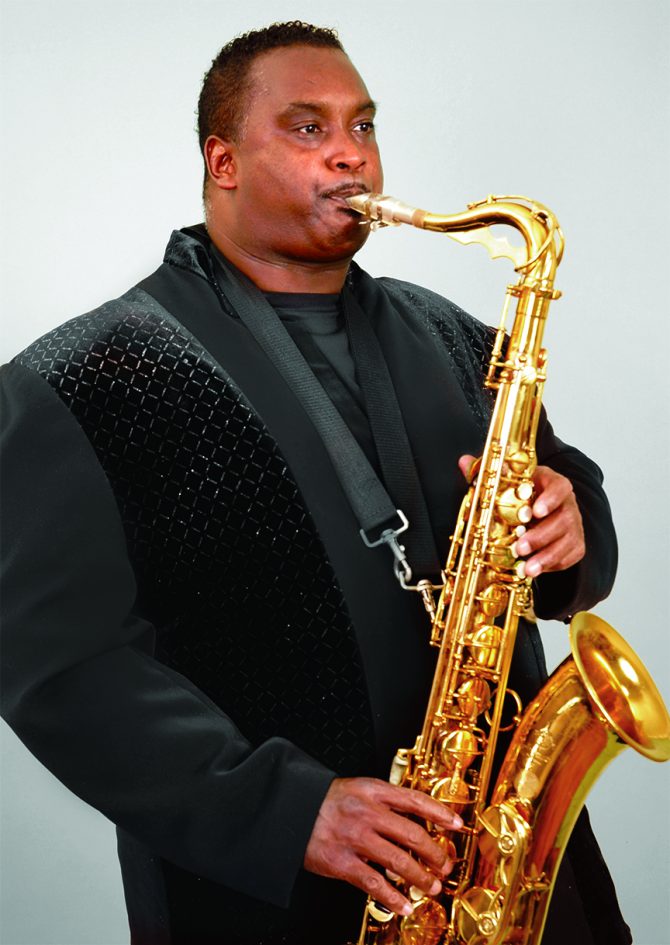 If you’re a fan of live jazz in Las Vegas, odds are you’ve been wowed by Sid the Kid’s mad sax at clubs and casinos around the valley. A regular at the legendary Tap House, Sid’s smooth style speaks to a long career playing backup for Gladys Knight, The Platters, and other A-listers.

Sid is known for his tributes to the greats,  such as Charlie Parker, John Coltrane, Miles Davis, Duke Ellington, Grover Washington Jr., and more. He is also an accomplished composer in his own right, with an album of original work, “The Basics of Love” on Solo Records. This summer, Sid returns to the Summerlin Library & Performing Arts Center for a concert of original music and famous favorites.

Born Sidney Lavel Smith in Alexandria, Louisiana, Sid’s music career developed at an early age. By the age of ten, he was fashioning musical instruments out of household objects to “play” along to songs by his early saxophone heroes Lou Donaldson and King Curtis. In seventh grade, he officially picked up the sax for his school band, and by age sixteen, he was gigging in nightclubs.

After high school, he became an Army man, and his music and military service has taken him all over the world. He went on to earn a Bachelor of Arts in music performance from the esteemed Berklee College of Music in Boston, and later received his Master of Arts in music from UNLV.

His group, the Sid the Kid Quartet, has toured Europe, and as a composer — besides original jazz compositions — he has written music for video games, musicals, and served as a music director for TV shows.

Don’t miss this Las Vegas legend as he slays that sound with a concert full of sax-sational tunes you'll love.