The largest literary event in Nevada, the Las Vegas Book Festival, celebrates its 17th year on Saturday, October 20, 2018, from 9 a.m. to 6 p.m. at the Historic Fifth Street School! Special events also will be held to enhance this annual celebration of the written, spoken, and illustrated word. 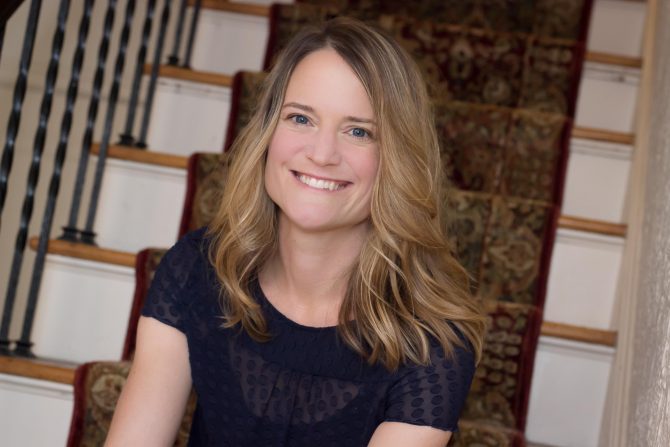 Sara Shepard is the author of two New York Times best-selling series, “Pretty Little Liars” and “The Lying Game,” as well as the series “The Perfectionists.” Freeform TV (formerly ABC Family), has created television series for both of her books and announced in 2017 that they are also adapting “The Perfectionists” for a new series. From 2000 to 2005, Shepard worked at Time, Inc. Custom Publishing and produced lifestyle magazines for corporate clients. She started ghostwriting as a freelancer in 2002 and writing her own books in 2005. Sara grew up in Pennsylvania, earned a Bachelor of Science from New York University, and a Master of Fine Arts from Brooklyn College.

Luis J. Rodriguez has emerged as one of the leading Chicano writers in the country, with 15 published
books in memoir, fiction, nonfiction, children’s literature, and poetry. From 2014-2016, he was the
official Poet Laureate of Los Angeles, California, and has received numerous awards for his writing. His
best-known work, “Always Running: La Vida Loca, Gang Days in L.A.,” received the prestigious Carl Sandburg Literary Award, among others. Due to its frank depictions of gang life, it was the subject of controversy when schools in California, Illinois, Michigan, and Texas included it in their reading lists. Luis’ honors include the Hispanic Heritage Award for Literature, the Lila Wallace-Reader’s Digest Writers’ Award, a California Arts Council fellowship, and several Illinois Arts Council fellowships. He was one of 50 leaders worldwide selected as “Unsung Heroes of Compassion,” presented by His Holiness, the Dalai Lama.

Colson Whitehead is the author of the widely celebrated and awarded novel “The Underground Railroad,” which traces the journey of two slaves who make a bid for freedom from the deep south via a literal underground train system. It won the Pulitzer Prize, the National Book Award, the Andrew Carnegie Medal for Excellence in Fiction, the Heartland Prize, the Arthur C. Clarke Award, the Hurston/Wright Fiction Award, and was longlisted for the Man Booker Prize. The book became a #1 New York Times Bestseller, was selected by Oprah’s Book Club, and was a Best Book of the Year for the New York Times, San Francisco Chronicle, Washington Post, Wall Street Journal, Newsday, GQ, Publishers Weekly, Esquire, and Buzzfeed. Colson’s other work includes “The Intuitionist,” “John Henry Days,” “Sag Harbor,” “The Noble Hustle,” “Zone One,” “Apex Hides the Hurt,” and a collection of essays—“The Colossus of New York.” His work has appeared in The New York Times, The New Yorker, New York Magazine, Harper’s, and Granta. He received a MacArthur Fellowship (“Genius Grant”) and has taught at Princeton University, New York University, the University of Houston, and Columbia University. He graduated from Harvard University.

In addition to the keynote speakers, Las Vegas Book Festival will honor UNLV creative writing professor Douglas Unger. Doug has been an advisor, teacher, and colleague to some of the brightest authors, journalists, and literary icons of past three decades. He is the author of four novels, including “Leaving the Land,” winner of the Society of Midland Authors Award for best fiction, a citation from the PEN/Ernest Hemingway Award, and a finalist for the Pulitzer Prize and the Robert F. Kennedy Award.