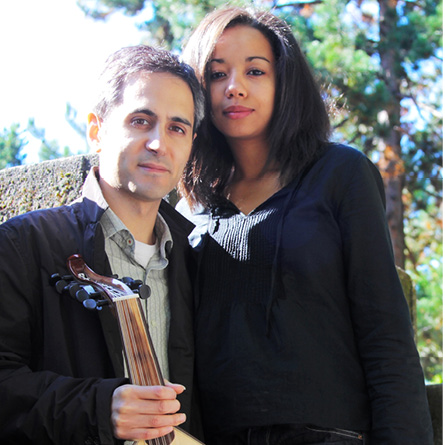 Nestled into low hills swathed by olive groves and orchards, the northern city of Fes, Morocco, is known as the country’s cultural capital. At Seffarine Square—the city’s blacksmithing hub established in the ninth century—the air is rich with the melodies of hammers striking metal. The beautiful environs of Fes, and Seffarine Square, in particular, are major sources of inspiration for the musical group Seffarine, which performs two shows at the Library District this September.

Seffarine has received high praise for its original sound, which melds classical Arabic and Andalusian music with cultural influences from Spanish flamenco, classical Persian music, and American jazz. Their 2015 album, De Fez a Jerez, (which translates as “From Fes to Jerez,” a city in Spain), was recognized by the African music blog Afribuku as one of the Best African Albums of the year. The Oregonian called them “one of Portland’s most exciting bands.”

While they are based in Portland, Oregon, Seffarine’s collective passport would make a stamp pad run dry. Founding members Lamiae Naki (whose hometown is Fes) and Nat Hulskamp (a Portland native) have both received grants to study and perform abroad, which added to their travels. Lamiae studied classical Turkish singing in Istanbul and represented Seffarine at the Babel Med World Music Forum in Marseille, France. Nat recorded some of De Fez a Jerez in Spain with esteemed flamenco musicians.

At a Seffarine show, Lamiae and Nat perform with an ensemble to tremendous effect. Lamiae sings in Arabic, Farsi, Spanish, and French, and Nat masterfully plucks the guitar and Moroccan “oud” (similar to a lute) in his unique style. Internationally renowned bassist Damian Erskine brings a soulful groove, while master percussionist Bobak Salehi keeps the rhythm strong, and Manuel Gutierrez wows with flamenco footwork. The result is a lively and enriching musical journey throughout the Mediterranean and Middle East. Get your passport ready!