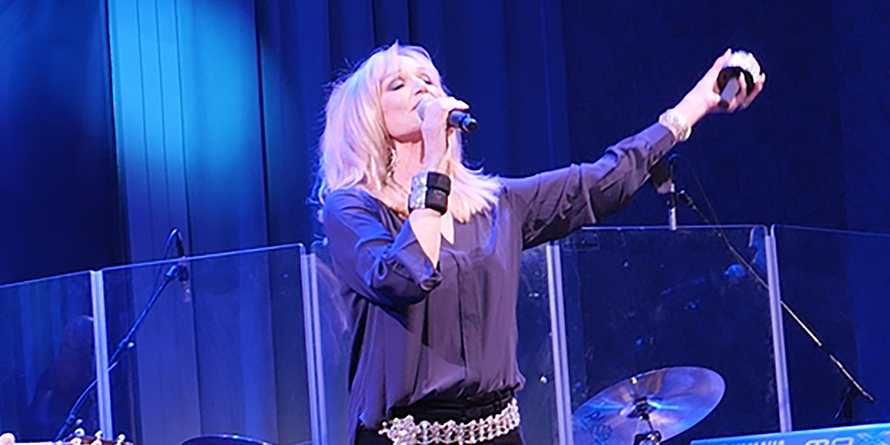 Susan Anton burst onto the scene in “Golden Girl,” for which she received a 1980 Golden Globe nomination for Best New Star of the Year in a Motion Picture — and her career took off from there.  She has appeared in television, film, and on Broadway, performing in such iconic plays as Tommy Tune’s Tony Award-winning musical “The Will Rogers Follies,” David Rabe’s Pulitzer Prize-winning play “Hurlyburly,” and co-starring as Velma Von Tussle opposite Harvey Fierstein

in the Las Vegas production of the Broadway musical, “Hairspray.”

A celebrated singer, she has shared the stage with such legends as Frank Sinatra, Sammy Davis Jr., Tom Jones, and many more. She also toured with country superstar Kenny Rogers and had a Top 10 country hit with the song “Killing Time.” Internationally, she had recording success and received a Gold record for her hit, “Foxy.”

Through it all, her favorite musical era remains the revolutionary sound that came out of California's Laurel Canyon in the late '60s and early '70s, from such artists as Joni Mitchell, the Mamas & the Papas, Jim Morrison, Carole King, Crosby Stills Nash & Young, Jackson Browne, and the Eagles. This impromptu collection of musicians colonized this eucalyptus-scented canyon located deep in the Hollywood Hills, and deftly melded folk, rock, and savvy American pop conquering the airways as thoroughly as the Beatles and the Rolling Stones had.

Fifty years later, this music continues to influence other artists and pop culture in countless ways.

Whether you lived through this era, or are just discovering these artists, please join us this March at the Summerlin and Windmill Libraries as Susan takes us back with her show “Canyon of Dreams,” featuring the songs of these iconic musicians. Along with her music director Jeff Neiman and their brilliant band, Susan will reminiscence her way through a singular collection of music that defined a generation.