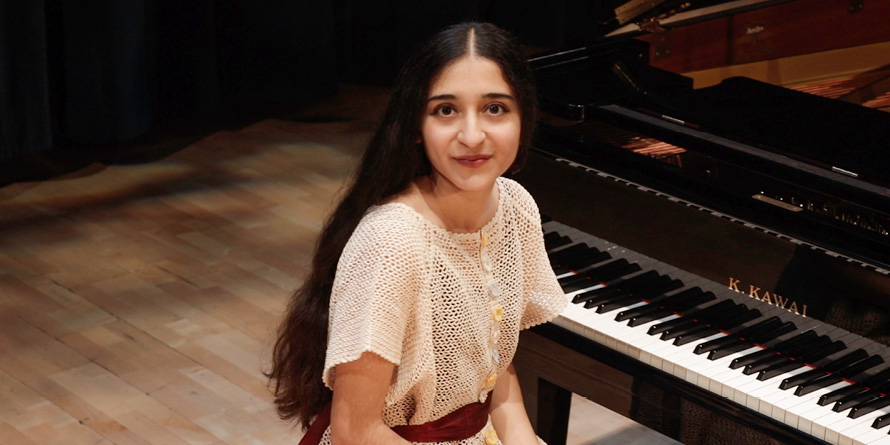 Pianist and composer TƎSSAH (pronounced “Tessah”) remembers the exact moment when she realized that music was her future. She was about 12 years old, having just played a piano recital. She looked out into the audience and her mom and her former teacher’s wife were both in tears.

“At first I thought something was wrong," she recalls. [But] then they said that they were just really moved by my performance.” In that moment, TƎSSAH said, it hit her. “I felt like [playing music] was my superpower. That’s what actualizes my ego. I realized that this is what I want to be doing for the rest of my life.”

Harkening back to this revelation, TƎSSAH presents “Ego” a very special concert she is debuting at Windmill Library on October 13. (The backward letter “E” in her name is a reference to the number three and its significance in nature and philosophy.)

“We’re always taught to let go of your ego to become enlightened,” TƎSSAH says. “But … if you let it go, you let go of yourself … You should hold on to your ego, cultivate it, and nourish it.”

In “Ego,” TƎSSAH will showcase some of her favorite classical piano pieces against a striking backdrop of short, thought-provoking videos of her own creation in between songs. This multimedia approach is uncharacteristic of traditional classical music performances.

“Each piece represents a journey through the human mind,” TƎSSAH says, explaining that her video interpretations weave the journey together. “It’s going to be a very special performance for me because it shows who I am as an artist.”

Born in Malaysia, TƎSSAH has wowed audiences from an early age, taking piano lessons around the age of six, and later studying piano performance at the Glenn Gould School of Music in Toronto. She has lived and performed in Macau, London, and throughout Canada and the Bahamas, but Las Vegas is her home. She has performed across the Las Vegas Valley, including at UNLV’s esteemed Artemus Ham and Doc Rando Concert Halls. She is eager to make a bold artistic statement in her hometown.

“This [program] has been in my mind for ages,” TƎSSAH said of this debut work. “In classical music, you don’t find a lot of people taking risks. I hope my art can inspire people.”