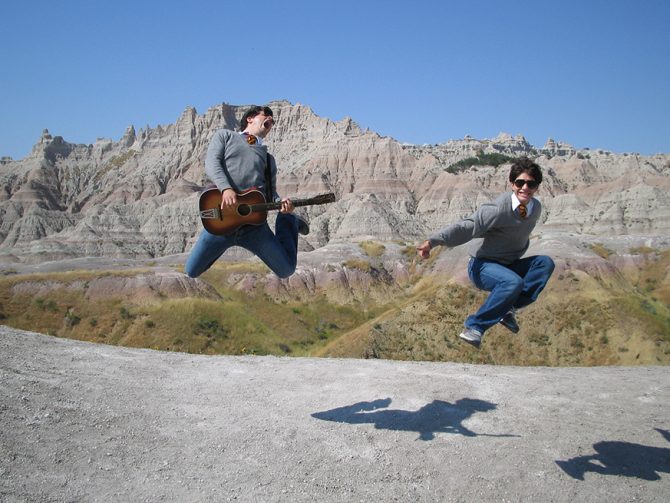 “This band plays songs about books,” reads the official bio for Harry and the Potters, which is kind of an understatement. This high energy duo, comprised of brothers Joe and Paul DeGeorge, is recognized as a pioneer of the wildly popular “wizard rock” genre — music inspired by the books of J.K. Rowling’s “Harry Potter” series.

“When I first read [the Harry Potter books], I was really drawn to Harry’s anti-authoritarian streak and his bravery,” Paul told Rolling Stone in 2018. “His attitude was similar to a lot of my rock & roll heroes — like Bruce Springsteen and Fugazi — and I thought it would be cool if Harry started his own scrappy punk rock band.”

Formed in 2002 in the suburbs of Boston, Harry and the Potters’ songs are written from Harry’s perspective, walking with him through his magical journey from childhood to young adulthood. The group has performed more than 800 shows, and in 2005, Pitchfork ranked the group’s performance at the New York Public Library third on their list of the year’s Top Live Shows and Music Videos (higher than LCD Soundsystem).

“Two young brothers, dressed up like pop culture’s most famous adolescent wizard, simultaneously spread the gospels of DIY synth-garage-punk and the Order of the Phoenix,” wrote the magazine.

“Lots of young folks will hear us for the first time during a gig at their local library,” Paul said to Rolling Stone. “Hopefully we create something that will still hold value for them when they’re older.”

With song titles such as “Save Ginny Weasley” and “In Which Draco Malfoy Cries Like a Baby,” Harry and the Potters’ music is sure to be enjoyed by fans of The Boy Who Lived, and those who just want to sing along to some fun tunes.

And for those fans curious as to which Hogwarts house these Harrys belong: Paul is a Gryffindor. And Joe? “I’m a lion and I’m flying with a little bit of bird brain.”