The Clark County Library serves as a regional resource for southern Clark County.  The library houses the Southern Nevada Nonprofit Information Center and the largest computer center in the Library District with 40 public stations available for customers. This branch has two dedicated spaces for teens ages 12-17: the Teen Lounge and the Best Buy Teen Tech Center which features two recording studios, two 3-D printers, a green screen for filming, and a Glowforge laser cutter and engraver.

The library offers one conference room and two theater spaces: the 399-seat Main Theater and the 80-seat black box theater/dance studio known as the Paul C. Blau Theatre. All three spaces are available to reserve here.

The library offers free wireless Internet access throughout the building as well as other business services such as copiers and fax services.

There are four outdoor book returns conveniently located on the southwest side of the library in the main parking lot near Escondido Street.

The first Clark County Library opened in 1966 with three rooms located within the Airport Annex building. In 1967, having already outgrown its tiny quarters, the library moved to a storefront at 1131 East Tropicana Blvd. In 1971, the 53,640 square foot library opened on its current location using land that the county deeded to the Library District and money awarded by the Max C. Fleishman Foundation.

In 1986 the library was remodeled and 65,000 square feet was added to the building with the help of Fielden and Associates and architects with Richardson Construction.

In 1994 the current library opened with a 120,000 square foot building encompassing three floors. It was built by JMA Architects and designed by the world-renowned architect Michael Graves. The current library reflects Michael Graves's 1994 library redesign and theater addition. The original structure, built in 1971, had already been remodeled once, but Graves's design completely altered and enlarged the library, introducing a theater and a new addition on the south side.  The library exhibits a stripped classicism, which can be seen in its massive facades, unadorned wall planes, and simple cornice.  The main entrance, through a central two story portico, is on the rear parking lot rather than facing Flamingo Road. 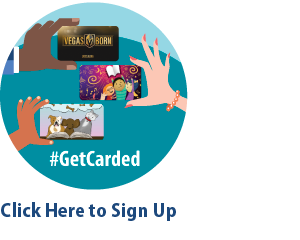