Due to the COVID-19 outbreak, the Library District is closed effective Monday, March 16, until further notice. Wi-Fi is available in all library parking lots.

Due to the COVID-19 outbreak, customers are asked NOT to return materials at this time. You will NOT be charged late fees.

Get updates on the Library District's response to the Coronavirus (COVID-19). 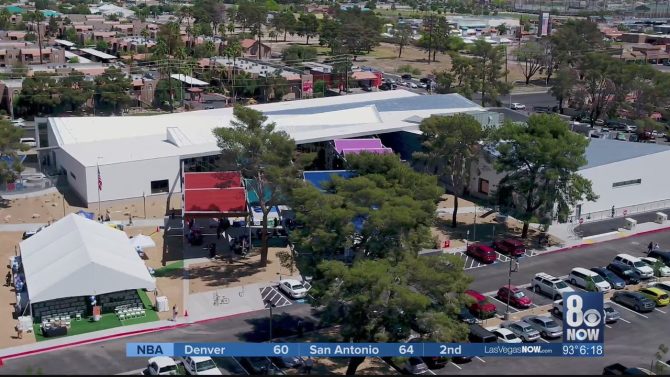 LAS VEGAS (KLAS) -- The opening of a $30 million dollar library and community center in east Las Vegas is being hailed as a game changer.  The  East Las Vegas Library is located on Bonanza Road, which is just past Eastern Avenue.

The I-Team played a role in the library's creation after nagging various agencies about some dying trees in the area.

The grand opening of the new library and community center is something that public officials and residents have wanted for 25 years but couldn't accomplish. Gone are the gangsters and criminals who once plagued the same turf. It's been replaced by hundreds of library patrons who flooded the new facility the moment it opened.