Beginning June 24, the Library District has fully opened our branches with browsing, computers, WiFi, and a range of services available, details here. Curbside Pick-Up remains available, details here. Social distancing and safety measures are in place. When you return your library items, you can request to have your late fees waived. We are open 24/7 on our website, which features free online resources, here, and a comprehensive list of free community services, here.

The NV Energy Foundation has generously donated $10,000 to purchase equipment for a robotics lab at the Clark County Library. Robot Lab @ the Library will infuse robotics into the array of STEAM (Science, Technology, Engineering, Art, and Math) experiences in library teen tech labs. Some of the hardware and software to be purchased for the lab include:

By participating in this program teens can gain critical workforce skills including designing and coding autonomous systems, game making, and drone operation. This project is a radical shift in the way the Library District and librarians deliver programs. While the "hook" is technology, this new teen tech service model gives teens the opportunity to collaborate with each other and get connected to mentors and practicing professional in the STEAM fields, giving them a huge advantage for the jobs of tomorrow.  Instructors for the program are doctoral students at the UNLV Drones and Autonomous Systems Lab. 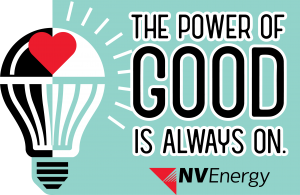